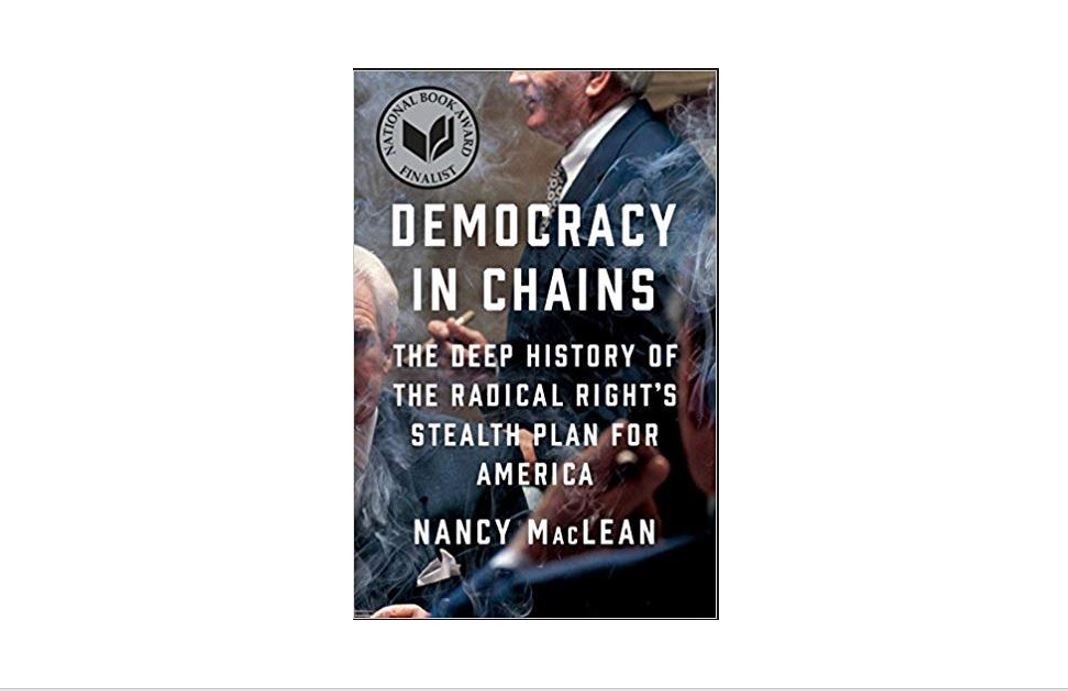 Democracy in Chains by Nancy MacLean (Chapter 8 to Conclusion)

“Behind today’s headlines of billionaires taking over our government is a secretive political establishment with long, deep, and troubling roots. The capitalist radical right has been working not simply to change who rules, but to fundamentally alter the rules of democratic governance. But billionaires did not launch this movement; a white intellectual in the embattled Jim Crow South did. Democracy in Chains names its true architect—the Nobel Prize-winning political economist James McGill Buchanan—and dissects the operation he and his colleagues designed over six decades to alter every branch of government to disempower the majority.”